Fuck The City You Love.

A city delivers a set of values that can be adapted, replied to, identified with, even excessively loved. Until now that love was strictly platonic. We at Überliner want to help anyone who is truly in love with their city to take that affection to a new level. We want to allow people to explore cities deeper, to experience its buildings as they have never done before.

For this reason, we have created a series of non-Self-lubricating semi-synthetic hardened polymeric Phallus imitations, or simply put: Dildos. Our models are crafted with the highest attention to detail possible. Every Volume, every beam, every ornament becomes a unique, exciting, sensual, sensory experience. Using them is like going on a Sightfeeling Tour. Since every building is unique in the way it has been designed and shaped by its history, it allows the user to explore space with their body and truly comprehend the whole spectrum of the shape. The sizes are as unique as the proportions of the buildings, which were slightly adapted to allow easy use. Sex not only in, but with the city itself. 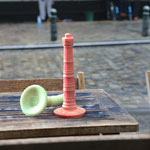 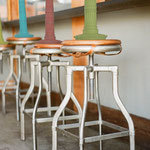 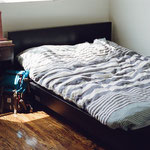 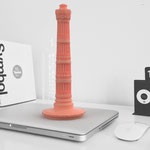 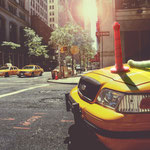 The first city we chose to include is our home town of Berlin, Germany. Just like in most other cities you can find hundreds if not thousands of architectual phallic symbols spread across Berlin, but none is so evident as the Pride of Prussia´s Glory, the Siegessäule. A symbol for the victory over Denmark (1864), Austria (1866) and France (1870/71), the Glory Pole is a symbol for the dominance of military force over weaker nations. Flanked by 60 captured cannons and resting on an impressive pedestal, the Siegessäule was often the center of attention during the Love Parade and a memorable speech of the sexiest American President so far, Barack Obama.

“People of Berlin - people of the world - this is our monument. Here, at the base of a column built to mark victory in war. This is our time. This city, of all cities, knows the dream of freedom. ” - President Obama