As an urban city gallery, the urban.stylebomber is a catalyst for people's urge to design in public urban spaces. Change is a key issue. The outer skin absorbs the change and holds it in place.


The shape is based on the urban and functional properties of the location, Potsdamer Platz in Berlin.

Potsdamer Platz is an important, historical part of Berlin. In its current form, this is one of the more recent components. Most Berliners do not identify with Potsdamer Platz, it is more likely to be accepted by tourists.


Graffiti has a long tradition in Berlin: the wall as the world's largest graffiti object, modern street art in Kreuzberg, Friedrichshain, Prenzlauer Berg, the Hackesche Höfe. It is a universal means of expressing urban lifestyle and zeitgeist and is particularly popular with young people.

Vandalism is a serious problem in Berlin that you have to deal with as soon as you design a public pavilion. According to the Central Association of German Homeowners, the removal of unauthorized graffiti from buildings and public transport causes costs of up to 250 million euros per year. The design hybridizes the function of hecticket sales with the function of a kind of Berlin guest book.

The pavilion is divided into 3 different rooms that can be used independently of each other. In addition to ticket sales, one room can be used as a sales room for spray utensils and the other as a projector room for rear projection. There is no need for outdoor advertising space, as the strong contrast between the outer shell and the inner area creates tension.


The design language is strictly geometric. The structure is completely divided into triangles. On the one hand, this should offer the greatest possible variability of the offered areas (small and large areas, forms that are easier and more difficult to access, on the wall, overhead on the ceiling, on the floor, in the corner, exposed or hidden ...) to meet the different demands of the users, on the other hand to enable a simple construction. Overall, the shape invites you to think about it; its imprecise, difficult-to-grasp shape is intended to inspire users to be creative themselves.


An exhibition should take place once a year, which shows as a snapshot the change in the outer shell within a certain period of time.


A pavilion of constant change, of geometric shapes, of reflection on the lifestyle of the cosmopolitan city of Berlin. 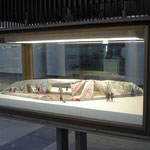 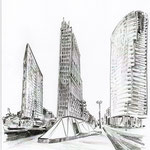 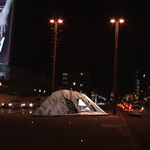 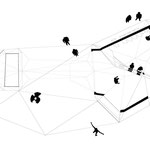 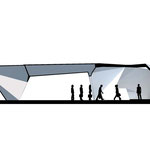 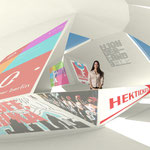 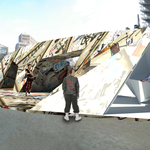 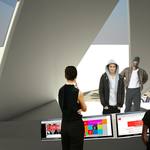 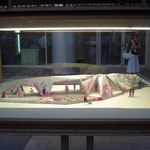 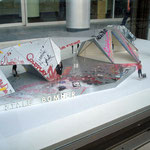 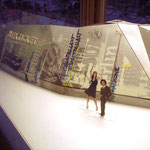 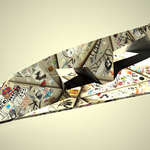 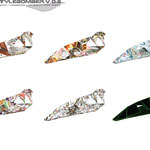 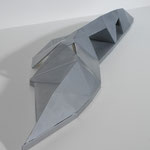 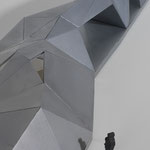 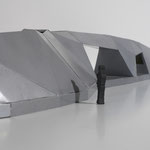 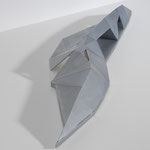 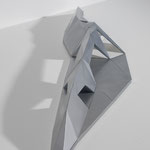 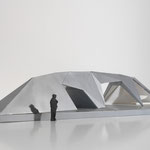 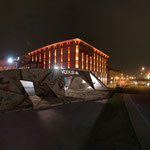